Why Did Mansfield Sand Upgrade Their Packing Line?

Who Are Mansfield Sand & What Product Do They Sell?

Silica sand is often used in golf courses and sports fields. It can also filter water, make glass and act as an industrial abrasive.

Manufacturers add it to paints and coatings to increase their wear and tear resistance. It’s added to ceramics to regulate expansion and shrinkage and improve durability. When added to construction materials it can also improve durability and structural integrity.

For the past 170 years, Mansfield Sand has developed and produced silica sand based solutions. Over the past decade they’ve faced increased demand and needed to upgrade their bagging systems — with help from Webster Griffin. 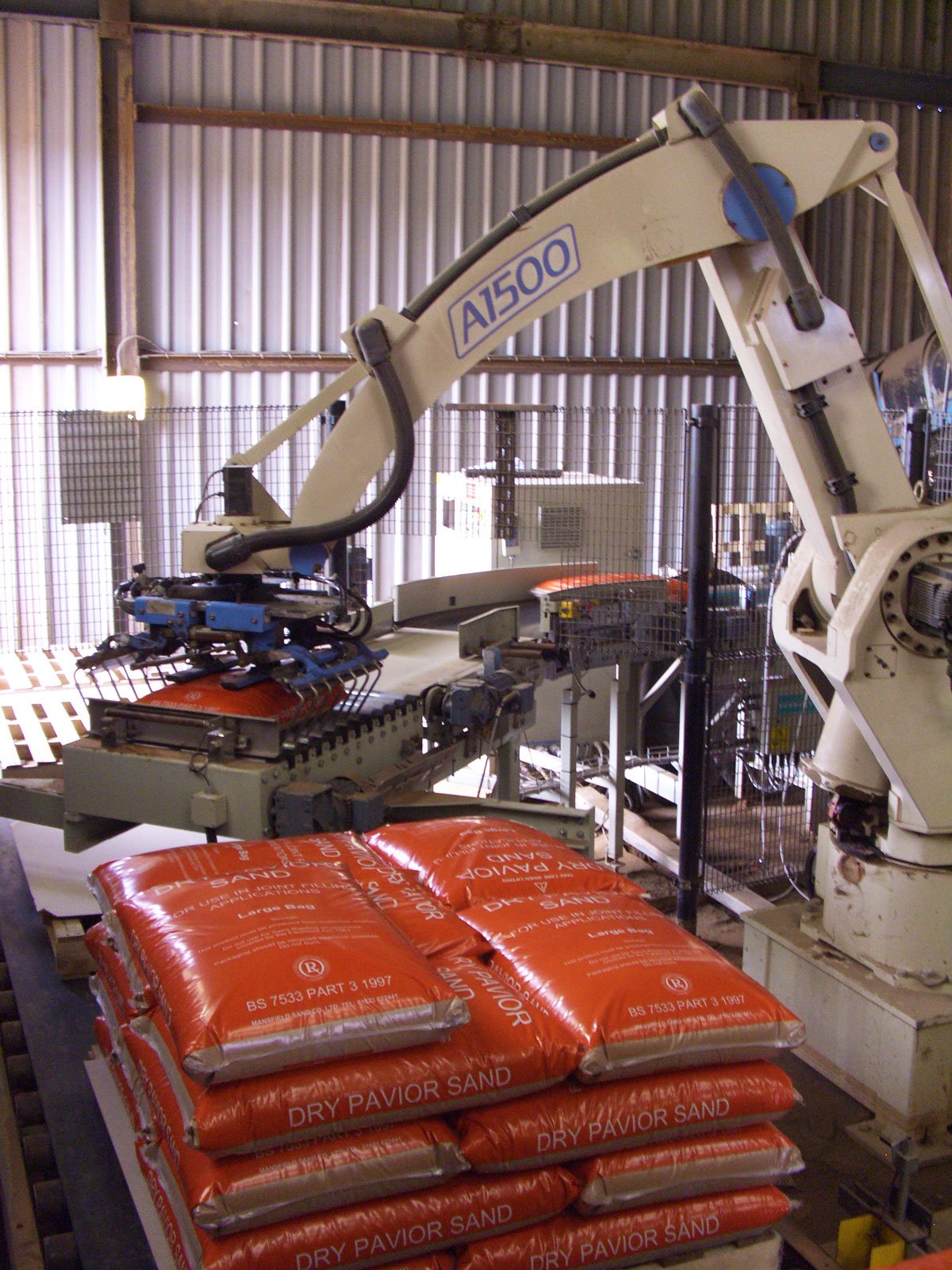 Why Did Mansfield Sand Replace Their Old Bagging Machines?

Mansfield Sand’s bagging system wasn’t keeping up with their increased product demand by itself. It struggled to pack 25kg bags of sand in the time required. They wanted to add another system to work alongside the existing one. They could run either line or both concurrently, saving time and giving them a way to process old sack stocks.

What Imperatives Did Mansfield Sand Demand?

Mansfield Sand wanted to double the throughput of their existing line and reduce the labour required to operate it. They required the new system to pack 25kg bags at a high throughput. The new system needed automatic conveyors to further maximise throughput. As they had limited space available, the old line and new one would need to be small enough to operate near each other effectively.

Which Systems And Equipment Did Webster Griffin Deem Essential For This Installation?

Webster Griffin needed to develop a solution to facilitate Mansfield Sand’s new and old system. An angled powered conveyor and a pick-up station helped upgrade the existing system without taking up space.

The system’s Form Fill Seal bagging machine featured PE cell film registration and had an electric hoist for reel changes. Each bag was filled via a volumetric doser, settled via a vibrating device and sealed with hydraulic pressure. The machine’s rubber lined forming tubes could fill 25kg, 12.5kg and 40kg bags.

A rotating support frame supported the tubes, reducing the time required to switch bag widths. A cylinder ejected the bags onto a mechanical bag belt conveyor. The system was controlled via a HMI touch screen. A robot palletizer finalised the process by moving and stacking the filled bags onto pallets on a conveyor.

What Benefits Did Mansfield Sand Experience?

Thanks to the new system, Mansfield Sand was able to increase its throughput to 1000 bags an hour. They also went from having to have six workers supporting the system per shift to three.

The new system used improved bags which cost less than the previous ones. This improved quality meant that the bags could be filled, packed, stored and transported without getting damaged. Film reel change times were reduced in duration and frequency to 10 minute sessions two or three times a day. And with the addition of a palletiser, the production process was simplified and much more consistent. 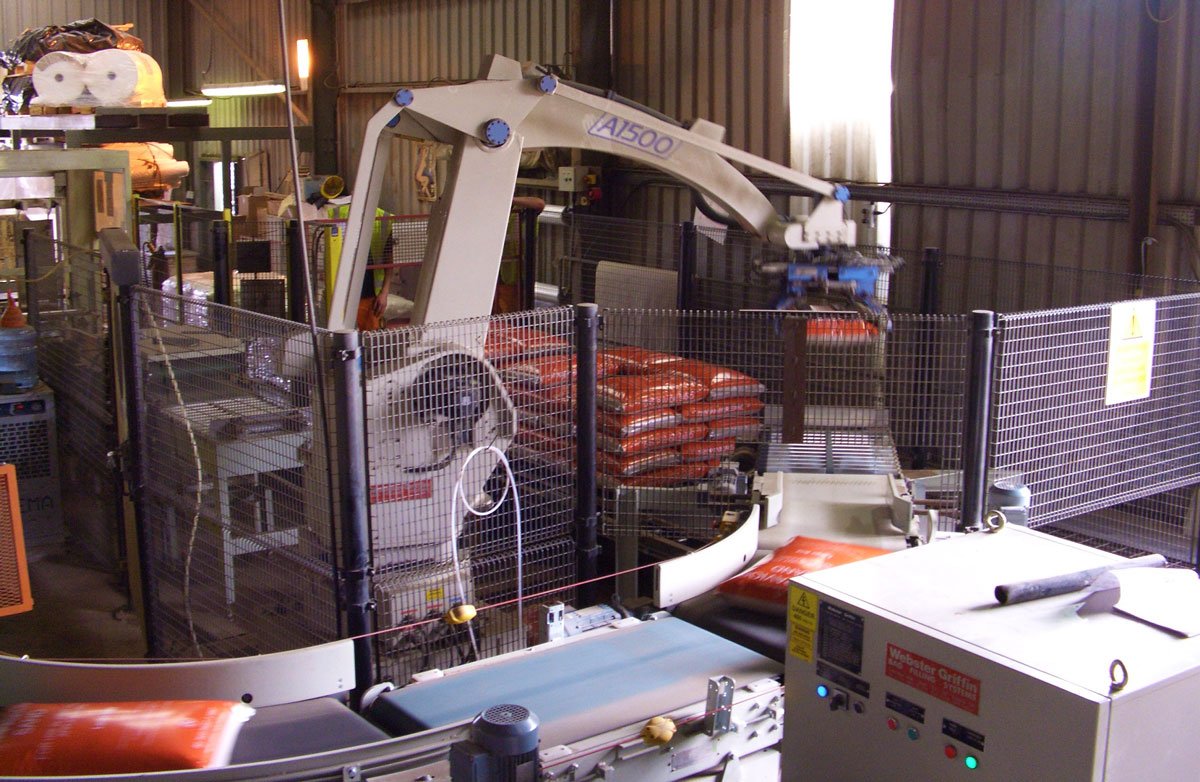 To Find Out More About
Form Fill Seal Bagging Machines